DIY Kitchen Makeover on a Budget

The Kitchen in our new house was definitely lacking pizzaz and after living with it for a year I had had enough.   Its one of those U shaped kitchens where only one person can fit in at a time.  The cabinets right above the breakfast bar so you either have to crouch down to talk to people or stand and talk to the cabinets without seeing there face. 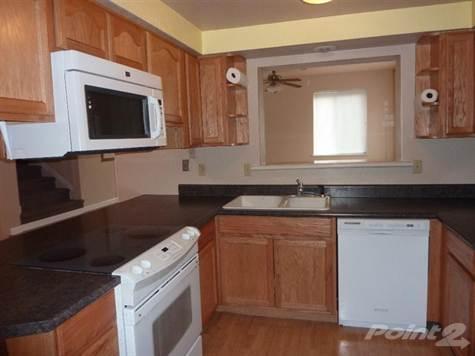 One day while my husband was away on business trip and raining outside so what else is a girl to do but demo away!!! 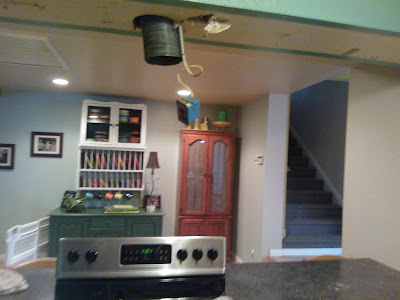 First step was to take out the upper cabinets (better already) 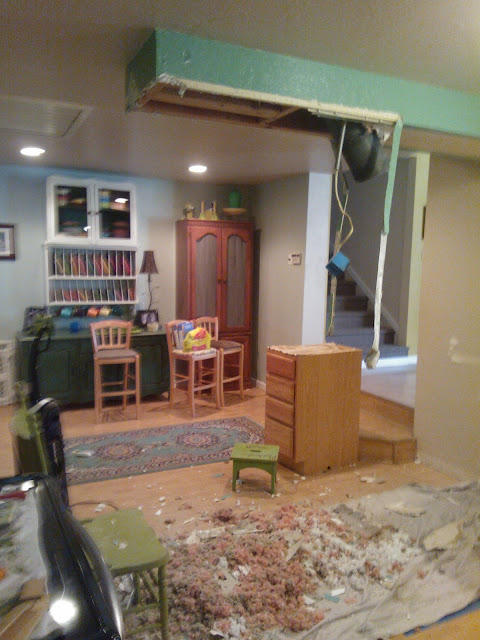 Then the bottom cabinets, stove and really, really heavy microwave.  Then I opened up the bulkhead to see what exactly I was dealing with.  Boy oh boy what a mess insulation falling everywhere.  This is where I called for reinforcements- thank heavens for dads! 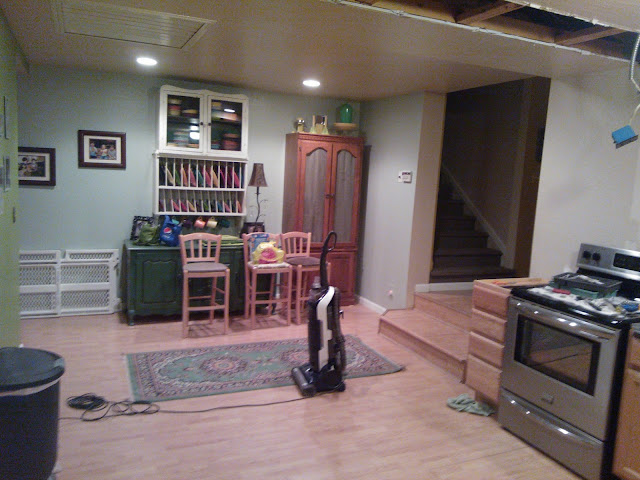 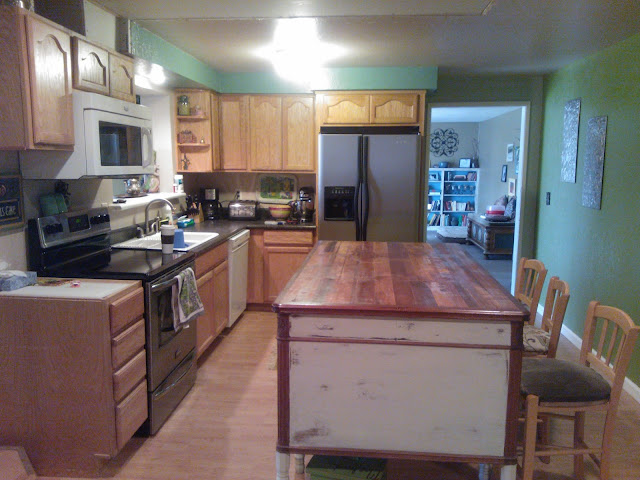 I got the island in- its an old desk that I have up-cycled into a kitchen island.  Stripped the veneer off, sanded and stained it and also added taller legs. 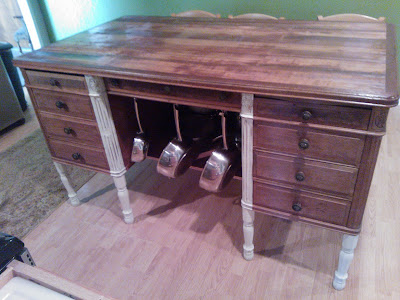 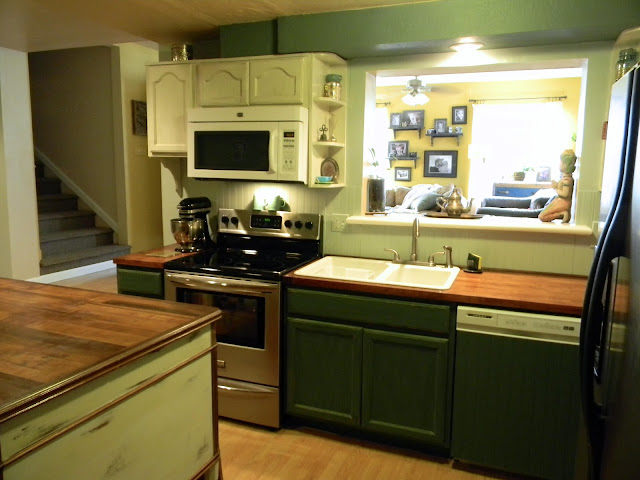 All my hard work has now paid off!!! 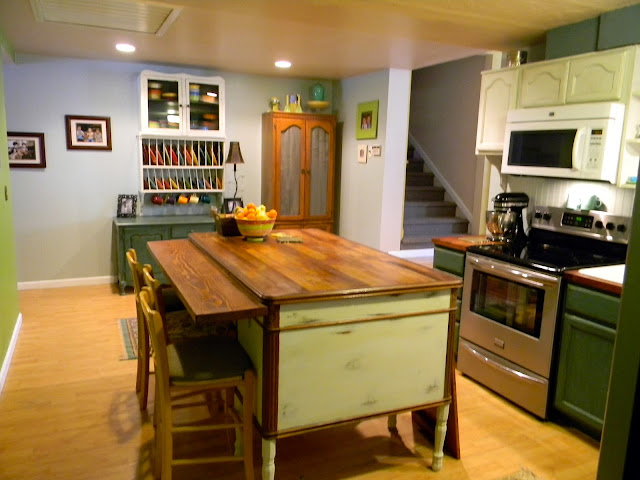 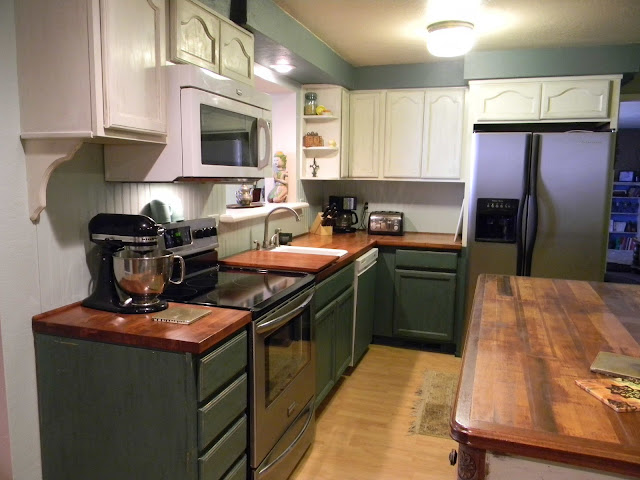 Counter top I ordered from Ikea ($169)I stained them to match the island using red chestnut with a layer of mahogany on top.  I then used a product called Waterlox the marine sealer is food safe and its one and done.  I didn't want to have to oil the butcherblock every month or so. 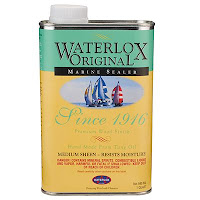 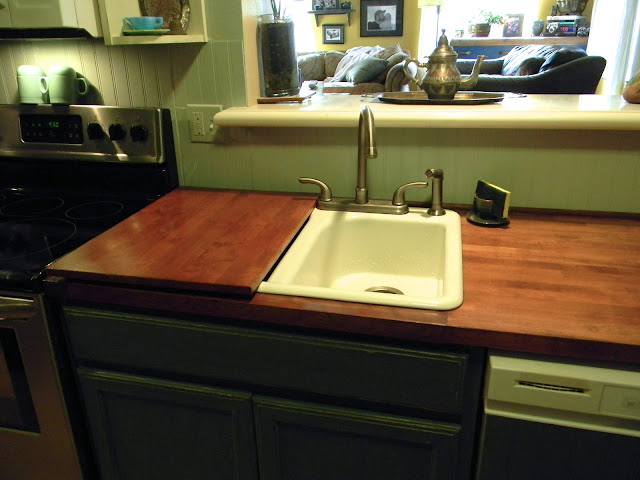 I wanted to switch the sink and the dishwasher but very expensive plumbing issues did not allow that.  So I decided putting a removable cutting board over the left side sink would have to work so I could have a work space next to the stove. 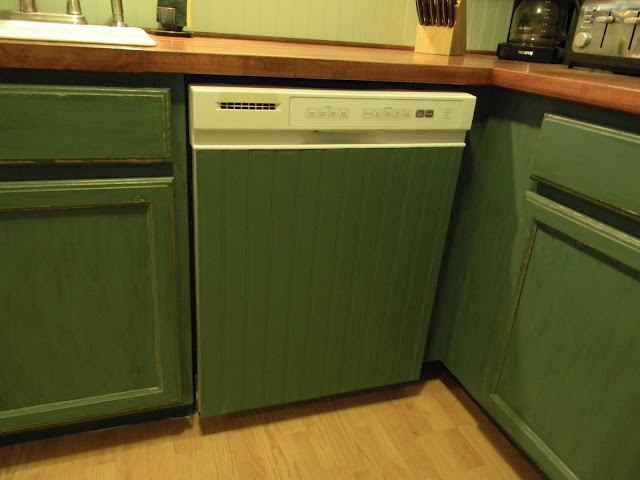 I used painted beadboard to camouflage the dishwasher 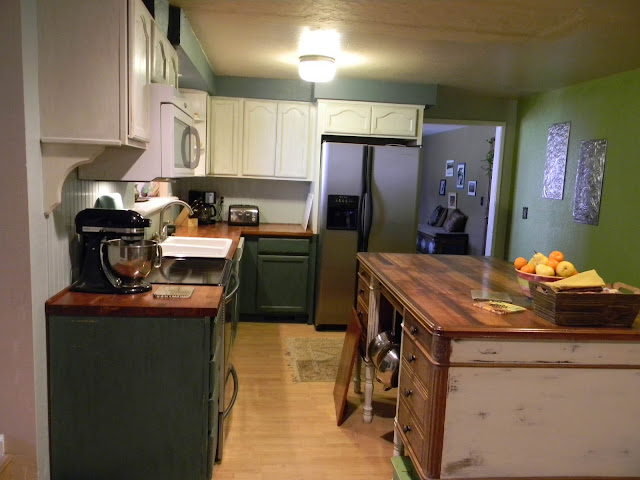 I also used beadboard as the back-spalsh and painted it contemplation by Behr same color as the plate rack wall. 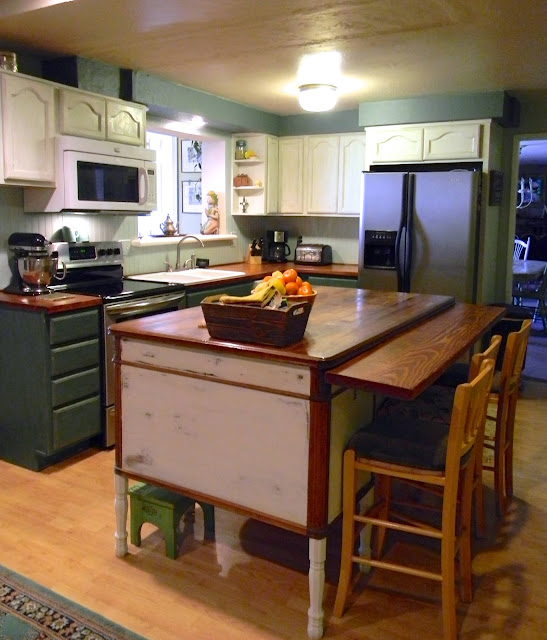 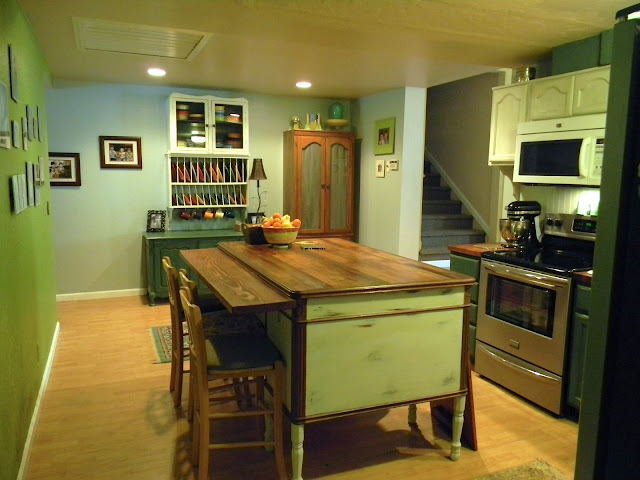 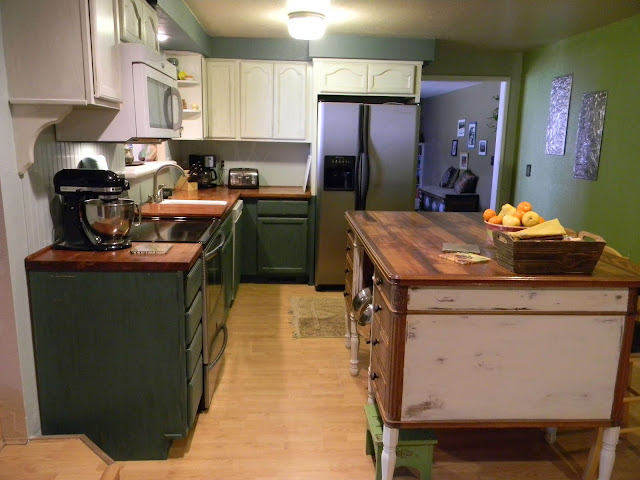 I still have some finishing touches to do but all in all -done and I did it super cheaply by using what I already had, moving it around and adding some paint.

Email ThisBlogThis!Share to TwitterShare to FacebookShare to Pinterest
Labels: Room before and after

Promote Your Page Too 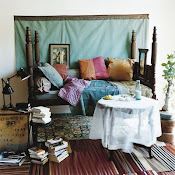 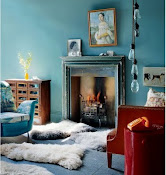 via The World of Interiors and Marie Claire Maison 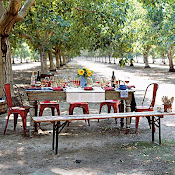 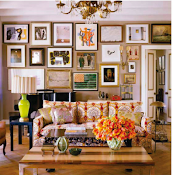